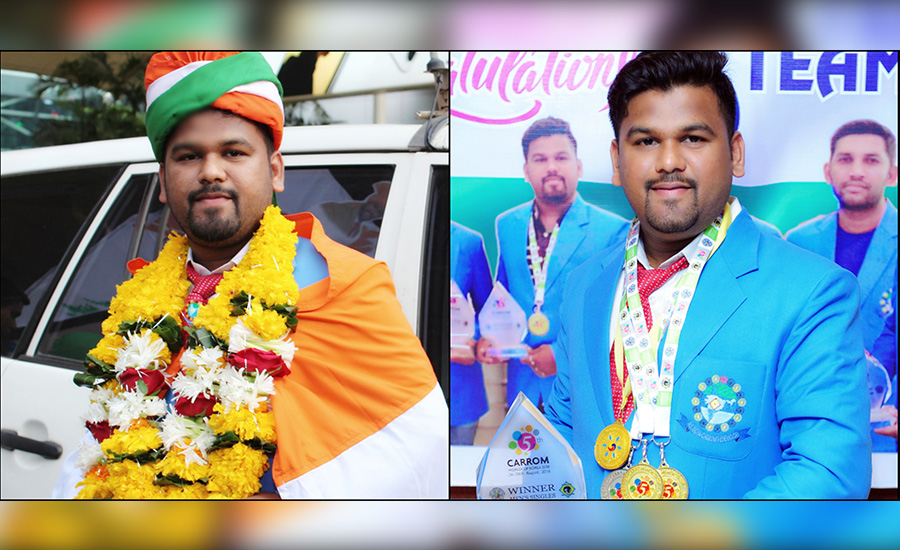 Since the age of nine, I started practicing carrom, I used to spend all day with the carrom board, even if I was studying, I used to keep the board with me all the time. I feel this passion was god gifted in me, that’s how it all started.

Calling out my parent’s name on my mind before hitting every single shot during a tournament is my only success mantra.

Know me beyond Carrom

Had I not been a Carrom player then…

I would have started my own business

I practice carrom whenever I’m free 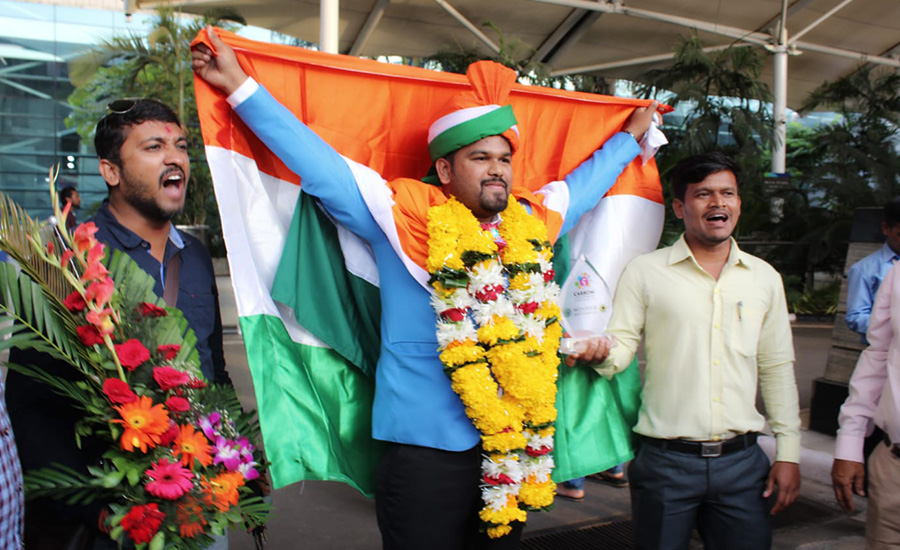 There was a time when I was serving in Bank of India- scholarship level 2011, I was switched from the job because I was just 21 and the policy of the bank was to switch to other position as you turn 21. I was in Team India when I was 18/19 years, I was removed by that scholarship due to the policy on paper they had to follow, and I felt very bad. After 11 months I got another job and that period of 11months was a downfall of my life, not financially because I was playing carrom in National level but what made me feel bad was even if I am playing for India, still I am jobless so what’s the point of playing on such a high level when I’m not even getting a job in Maharashtra? We begin with district level then state then compete nationally and then reaching to a level we get a chance to represent our country and even after going through these stages, no jobs are available for us which is why we sometimes feel that what is the meaning of doing so much when we aren’t getting a single job and that is why I decided to quit carrom to start a business.

Once my dad’s friend visited our place and said “players like u should never leave carrom after reaching such a great level at any cost, success has to come some or the other day, there always comes a hard time before succeeding” and that period of my life was actually a hard time going on and I just had to overcome that but In my mind I made it clear that I want to switch my career but that day when he visited my place with his whole family and advised me not to quit carrom so to keep his promise I played two tournaments consistently and I did very well in both of them, realizing the fact that this sport has a very good amount of glamour, I played carrom after one year but that didn’t matter at all, I was ranked among the top 6 players which made me realize that I am god gifted and I shall continue playing carrom. It is believed that one cannot play carrom if he/she has discontinued the practice, however I somehow managed to be at pace and give my best, so that’s how slow and steadily I got back in the game and within six to eight months I got a job at Reserve Bank of India at the age of 22, it’s been 4 years and I have achieved a lot of success. In 2016, when I won the world championship, I received 97 lac rupees from the Government of Maharashtra which made me financially viable and for an ordinary person like me, such humongous kind of bank balance is a big thing. Also recently I won a world tournament for which the Government has sanctioned me 90 lac rupees.

There is so much glamour emerged in carrom during these days, all thanks to Arun Kedar Sir (world champion of carrom). Whatever cash prizes I have won till date is all because of him. He is the one who changed people’s perception towards carrom and made people aware of Carrom as a professional career.

Do you think Sports and its learnings can be helpful in life even if one does not want to consider it as a career goal?

Unless you want to play carrom for pass time, it doesn’t matter how much time you are investing in it but the moment you decide to take it as a career, you have to put your everything into it, in order to emerge as a champion.

There isn’t any person as such in this sport as my influencer, but I want people to get influenced by me.

After winning the second world cup, I felt like I have chosen a right career and I have become successful in what I am doing. I remember back when I was in the eighth standard, I gave an interview on the day my grandmother died, the interviewer asked me about my goal, and I said I want to win gold for my country and want to see the London Bridge. I won the World Championship in London and the same day I headed to the London Bridge and made both the dreams come true, that day I felt like “I Am The 1”

The training and inspiration were drawn from my father’s strikes, rebound and shots, which were very extraordinary. You can say that I got inspired developed those skills from him.

If you are talking about the age factor, whatever a child learns between the age of 10 years to 18 years is remembered in the muscle memory throughout his or her lifetime.

Technology has been changing the way people get trained in Sports. What’s your take?

There is not any official involvement of technology in carrom but all I can say is due to the internet and multiple channels telecasting sports tournaments worldwide, some channels also broadcast our live carrom matches due to which we have gained a lot of popularity.

What are your efforts in making people aware of Carrom as an International Sport?

Unlike Cricket, Carrom doesn’t have that much glamour and money, it takes about 45 minutes to complete a single round. Whereas in international matches people take maximum 2.5 hrs. to complete the match. Carrom indeed is a very difficult sport not because I am playing, it took a lot of mental awareness as well as right control over fingers to strike the coins. All we need is a good amount of sponsorship to make carrom a commercial sport because more money would lead to better marketing which would eventually attract more crowd.

There has been to an increase in a number of academies and yearly tournaments should be held in different parts of India. Maharashtra is the best state in India encouraging Carrom in terms of organizing tournaments, 17 tournaments are held in a year with a cash prize of at least 50 thousand rupees similarly, all over India, such tournaments should take place to encourage more Carrom enthusiasts and make people consider this sport at a global level.

Your piece of advice to parents and new generation especially when some people are skeptical about a career in extra curriculum.

According to me all parents consider traditional sports in India is the best, but in the coming years, people will be more attracted towards indoor games. I would suggest all the kids, youth and parents playing carrom will have fun and would improve their skills. They can also improve visual perception, and eye-hand coordination, etc, through this sport.

In order to identify the talent, a parent must first take their child to an academy to see whether he/she is capable of doing so and I always encourage emerging Carrom players from various academies by visiting them once a month. I even look forward to helping them in developing skills, when I see someone has a potential to play at higher levels I tell their parents about their caliber in this sport and to what level they can reach and I advise them not to take their child for just a single round tournament because it takes a lot of money to spend on accommodation and so on. As tournaments happen all across India and one has to spend 3-4days just for a single round, spending approximately 20 thousand rupees and who knows if they’re actually going to win the tournament or not. So it is better to let your child first compete in under 14 and under 18 tournaments to get exposure and when he/she becomes an expert, national tournaments are the next level.

Behind every successful man, there is a woman, in my case, it’s my wife. Just because of her support and prayers I got success in my life. She always dreamt of me becoming a world champion. She felt proud when I was awarded the Shiv Chhatrapati Award. Keep on struggling till you achieve the success.