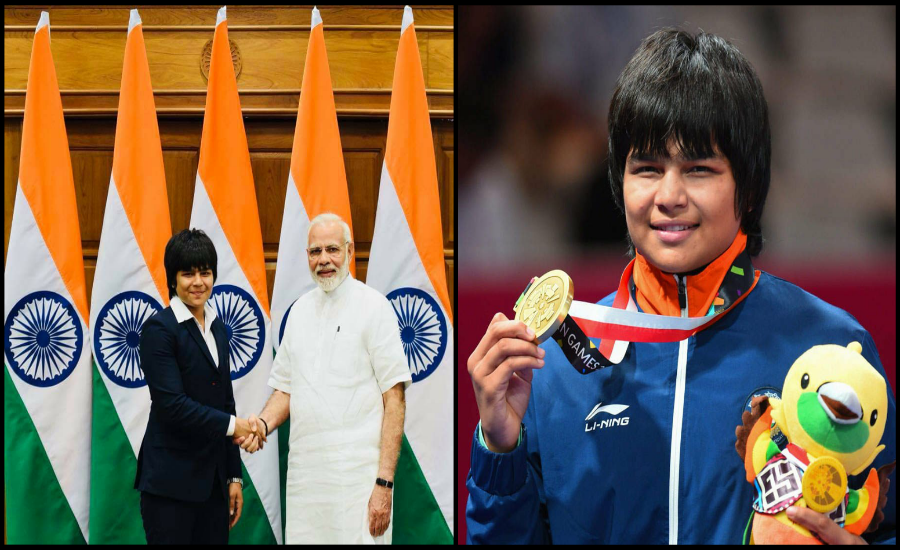 Divya Kakran is crowned as India's youngest Dangal Queen. Divya belongs to a middle-class family from Purbaliyan village in North India. Divya is identified as the best Indian Women Kushti wrestler scoring 60 medals including 17 gold medals in the Delhi State Championship and has won the  Bharat Kesari title eight times in a short span. As per her, she owes her success to the sacrifices made by her brother Dev as he had to leave Pehlwani for her. She comes from a family of traditional wrestlers. She has bagged the Gold in Commonwealth Games and many more but what amazes everyone is her victory over the star wrestler of India, Geeta Phogat. Which indeed is a remarkable feat!

We are very grateful to interview such an energetic persona.

Pehelwani (Wrestling) is our family tradition sport as all family members were indulged in this sport. At schooling, I was having disinterest towards studies and used to join training and practice sessions with brother. This created more interest in me, however, to avoid misconceptions my mother allowed me to enter Akhada so that I will get beaten and would focus on studies. When my father saw me beat all the Pehlwans hands down, he realized that I am going to be a star wrestler.

Know me beyond Wrestling

My father is my Hero

Had I not been a Wrestler then… 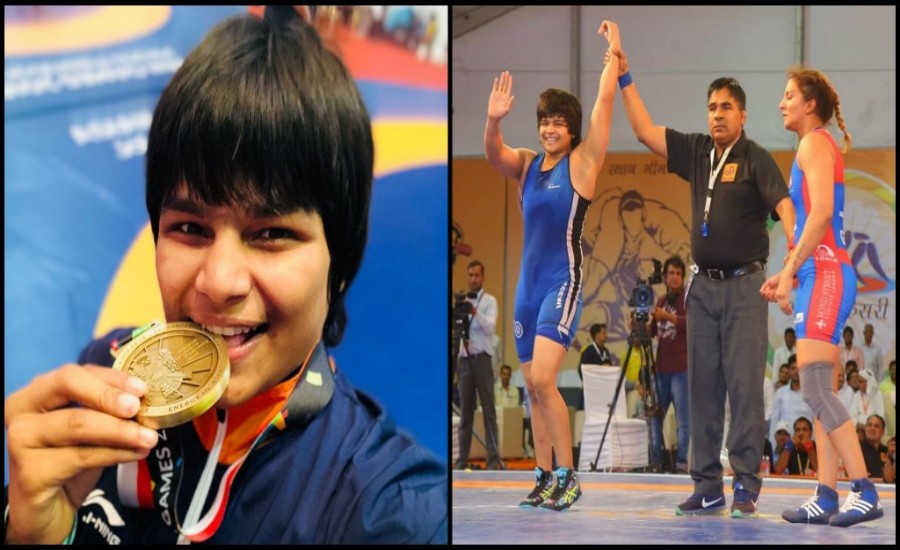 No, I don’t believe in any success mantra because I feel success is wholly dependent upon the amount of hard work you put in. You just cannot achieve it without putting efforts, success needs a lot of devotion. And talking about strength, my parents are the utmost source of energy since the beginning even when our financial condition wasn’t stable.

Initially, the hardships occurred in my family itself as the elders were not allowing me to enter the sport just because I am a girl and according to the girls don’t wrestle, but my father being a heroic rebel didn’t listen to anyone and let me join the sport. The economic condition was also not good in my family, being a sportsperson, diet is a primary factor for us. We didn’t have money for milk and ghee, these two things were most essential in Pehlwani and we couldn’t find ways to arrange them, but my father only knows how he made arrangements of milk and ghee somehow. There were obstacles at every point, but my father always had my back. My family has always been there for me.

The most important lesson is that if someone is only winning then he/she is not learning anything. If you’re failing, then you shouldn’t feel sad as if you’re in a complete loss because failure teaches you many lessons, you either win or you learn. So it is better if we accept failures as lessons and not as a downfall and also, we should correct our faults immediately for better results next time.

Do you think Wrestling and its learnings can be helpful in life even if one does not want to consider it as a career goal?

According to me, wrestling is a very good sport even if you don’t aim to be a professional in it, if you’re studying or working somewhere and somehow manage to take some time out to play for maintaining good health then it is indeed a very good thing. You will develop a lot of qualities such as being punctual and healthy. People run, play badminton, football or tennis for enjoyment and it is such a good thing.

As I said earlier that Pehlwani is in my blood. We all know Sushil Kumar Ji and Sakshi Malik have won a gold medal in Olympics so why can’t we? This was an inspiration for me and their game influenced me to practice harder.

Yes, I have experienced such a moment back in 2015 in Delhi during Asian Championship, it was a big day for me because, at that time, my round was at the last day of the tournament and before that there wasn’t a single medal won by any Indian player and the championship was happening in India only. So I made sure that I have to win gold anyhow and everyone looked up to me and hoped that I bring gold and that medal was my first international medal. My family was overjoyed. My father cleared all the debts he had taken especially for me, my mother even had mortgage her jewelry for my diet for the Asian Championship. My Guruji and my grandfather both were expired during that period, but nobody informed me that tragic incident. My family was facing all these troubles on their own without letting me know any of this so that I could concentrate better in the tournament and when I won the gold medal, all the hard times paid off, that was the prize we were striving for. After that many tournaments happened, and I won so many medals since then, earlier a national level tournament happened where I defeated Geeta Phogat ji and I really felt like “Yes, I Am The 1!”

I feel what matters is how early and dedicatedly you start training in any sport, a right aim and focused mindset can surely lead you to success

Nothing as such, I train here at an Akhada under Vikram Kumar ji and my brother Dev, he is also a Pehlwan, but he sacrificed all of this for me because my family couldn’t raise two wrestlers at a time, so my father took a stand for me because he wanted me to become a wrestler and my brother also agreed. My brother has supported me a lot, he is my all-time training partner, he lives in another hotel room whenever there is a tournament in some other city so that he can practice with me. He judges every move of mine and picks out minute flaws in a very elaborative manner. Also, the coach and fitness trainer provided by the company which sponsors me are very good, now I have got everything as I have achieved so much, earlier when I had nothing, only my brother and Vikram Kumar ji were my coaches.

Could you reflect on the importance of systematic training in Wrestling?

It is indeed very important because systematic training would let you know every aspect of a sport and if you are not aware of the primary skillsets then it is very difficult to learn the sport.

Technology has been changing the way people get trained in Wrestling. What’s your take?

The internet has made possible to know about wrestlers all over the world, we can see their game and know more about them which helps us in the gameplay.

What qualities must one look for in a ‘Guru’ for training in Wrestling?

A Guru must be aware of the system, how one should go step by step in a game. He/She should be able to decide what kind of training should be given to a rookie and what are his/her weak points and skills.

If you were to bring one big change in the way people get trained in Wrestling, what would that be?

The location where training centers are put up should be set up in a pollution free area. Many people from India go abroad for training purposes because the climate there is very pleasant and all we require is a good climate. Many places in India such as Himachal Pradesh where the climate is so beautiful, training would be a lot better.

I feel media draws the attention to the wider audience in terms of spreading the word of a particular sport to let people become curious and show their interest towards it, but if something is not even coming in front of the people through any medium then how would anyone know and look forward to learning it. When films like Dangal and Sultan got released, people started knowing about this sport but Pehlwani is a sport which is practiced and celebrated since the time of Ramayana and Mahabharat but hardly people in India knew about it earlier. People should take interest in our regional games as well, it is very saddening when an international wrestling tournament is not live telecasted in India but even a small cricket match is shown live across the country. Such things need to be changed.

Your piece of advice to parents and new generation especially when some people are skeptical about a career in the extra curriculum.

Today’s youth is much engrossed in the tech gadgets such as mobile and laptop, I would personally suggest parents and elders educate their children in sports or any other physical activities that can maintain a healthy lifestyle and develops self-confidence.

Today, expect something good to happens to you, no matter what occurred yesterday. In the early days my father was jobless, so my mother sewed Langots (Indian Loincloth) at home and my father sold them in the Akhadas to make a living for our livelihood. This situation motivated me and made my mind to take a plunge in wrestling. I used to earn more money by fighting against boys and people in the village got entertained when I defeated them.

Today I am successful just because of the fans and sacrifices and blessings of my dear ones. In the field of wrestling, there are many boys and girls who strive to reach to international level but there are only a few contenders who get that position. Hopefully, hardcore training and blessings from my guru and family will help me win a gold medal for my country in the Olympics 2020.