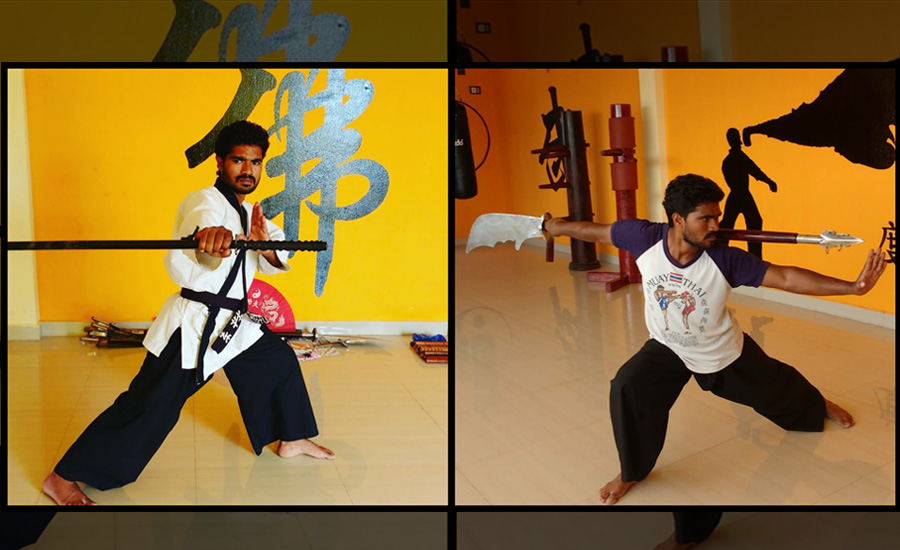 A holder of 6 Guinness World Records, a creator of 20 New World Records, Master Prabhakar Reddy undeniably is one of India’s most celebrated Martial Arts expert. Initially from the small district of Nellore, he traced his path of learning from Thailand, Japan, China, China through Tokyo and Myanmar. His story is an inspiration to millions as he continues to be a guru to many. Someone who has seen Western countries praising India for having yoga and martial arts in its very roots, Master Prabhakar is clearly one of the present forerunners of the propagating fitness and healthy lifestyle through martial arts on various international platforms. Read ahead as he reveals the various stages of his learning curve which make him the expert today.

Team imd1 had a chat with him a few days ago, read on to know his further!

My martial arts training began in my early childhood when my family lived in Hyderabad because of my father's work there. I am originally from Nellore but, we kept shifting - from Nellore to Hyderabad and then, finally to Vaigar. I learned Kung-Fu in Vaigar and earned my black belt in it when I was 16 years of age. Later, I started teaching Kung-Fu. But, I still wanted to master this form of martial arts even more. So, I went to Thailand, Japan, China and even Malaysia in search of my true master but, I ended up taking the training from China Shaolin temple in Tokyo, Myanmar and Kuala Lumpur. Different countries taught me different forms of martial arts. Every form has a different technique and different method of execution. From Karate to Kung-Fu, from Beatboxing to Winching, I learned it all.

Awareness for the physical fitness of all

Had I not been a Martial Artist then…

I wouldn't have been what I am today without my hard work and determination. Breaking 6 World Records is impossible without hard work. Moreover, my keen interest in learning more and more has also contributed greatly towards my success.

Being a trainer of martial arts hasn't been easy. I have suffered various injuries. A lot of them proved to be a major setback in my life. The biggest hurdle that exists even now is that the people of my own nation, especially in the southern part do not encourage a career in martial arts. They just don't treat it as a profession.

One has to keep moving on. For me, moving on from the small failures of life is the success! It is my hard work and hope that have made me come to this point in my life where I don't regret choosing a career in martial arts. Determination and dedication to achieve success will make you overlook all the failures that try to hinder your path.

Learning martial arts is like constructing a protective measure for your own self. It helps hugely in protecting your own self from any dangers. The art of self-defence is a must for every individual. In the last few years especially, the importance of self-defence has increased even further because of the rising concern for women's safety. Moreover, practicing martial arts also makes you fit. It is a kind of exercise that keeps your body healthy and strong. If you are regular with your practice, it will also make you much more flexible.

The story of Bodhi Dharma has always inspired me to practice martial arts more and more. I've been observing the Buddhist Monks who are so deeply inclined towards the art form. It is clearly because of them that I considered giving a thought to martial arts. And now, here I am. Also, Bruce Lee is also one of my greatest inspirations since childhood.

In martial arts, there are three levels of training - Junior, Medium and Senior. The colour of the belts denotes the position of advancement you are on. The order goes as - Yellow, Orange, Blue, Red, Brown and finally Black. After getting the Black Belt, you are eligible to become a master but, there are three rounds of tests that you have to give to become a qualified master. It is essential to learn in this systematic way. You have to increase your potential level by level. The kids who start in their childhood need to go through absolutely basic training first. It also depends on their age. One has to keep on increasing the difficulty level as he learns the tricks of the basic level.

A child's physical strength and durability are the major factors that determine whether he should begin with his/her martial art training. However, a child can start learning martial arts from as little as the age of 5. It is the trainer who will decide whether the child is fit to train in martial arts.

Nowadays, there are people who have become fake masters without any qualification. We can select an ideal guru by analysing his behaviour towards the students and the methods that he uses to make the students understand the form of martial art. The teacher needs to be extremely confident in his moves. Knowing the guru's guru is also important to prove the guru's credibility. A proper inquiry needs to be done before finalizing the guru. Asking his ex-students and researching his past record of achievements can help you take an appropriate decision. If the guru hasn't won any championship, he is clearly not a good master. There is no bigger proof of his excellence than his medals and belts.

According to previously written texts, they say that India is the best and that their ancestors from India who later migrated to China and Japan developed the art in those countries. They highly praise and acclaim India for having yoga and martial arts in its very roots. Needless to say, Indians are the developer of all this. All of India's arts are spread across these countries. It happens when a saint migrated, say from India to Thailand and starts propagating India's cultures and traditions there. India has great history and background in terms of martial arts but now, it is the responsibility of today’s youth of India for taking it forward.

I want to emphasize on the importance of physical fitness. People often work for long hours in front of computer screens which gives them a lot of mental stress. It is necessary to take out time and exercise. There are so many doctors, engineers, IAS officers and no doubt they all are very successful in life but, the moment they start facing health problems, their entire life however successful it is, it comes to a standstill. It is my sincere request to everyone, be conscious about your health and start exercising.