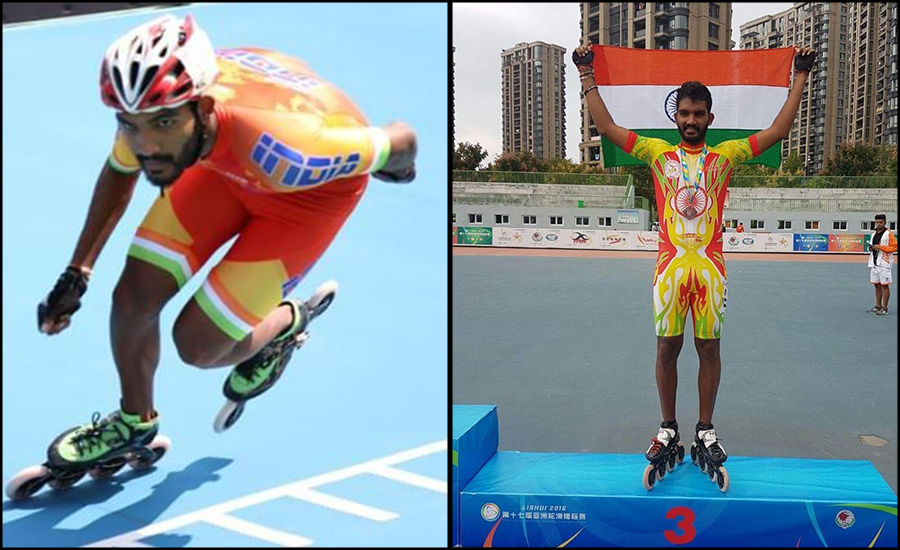 Vikram Ingale, hailing from Kolhapur defines sportsman’s spirit at its best as no matter how brutal the injuries were, the setbacks couldn’t harm his willpower to hustle hard in this sport. Vikram is indeed a proud player of the most liked sport in the world i.e. Speed Skating.He has won India’s first ever senior International Roller-Skating Medal, teaming up with India’s fastest speed skater Nikhilesh Tabhane and Dhanush Babu. Not only this, he has also won Shiv Chhatrapati Award, 4 times National Championship and has many more medals. Vikram is all set to fight back and emerge as the most successful Speed Skater from India.We are proud to have such an inspiring persona sharing his thoughts with us.

My sister started skating and I used to go watch her skate, this is how I started liking the game.

Know me Beyond Skating

My Father and my Coach Shripad Shinde Sir

Had I not been a Skater then

I would have been a Footballer 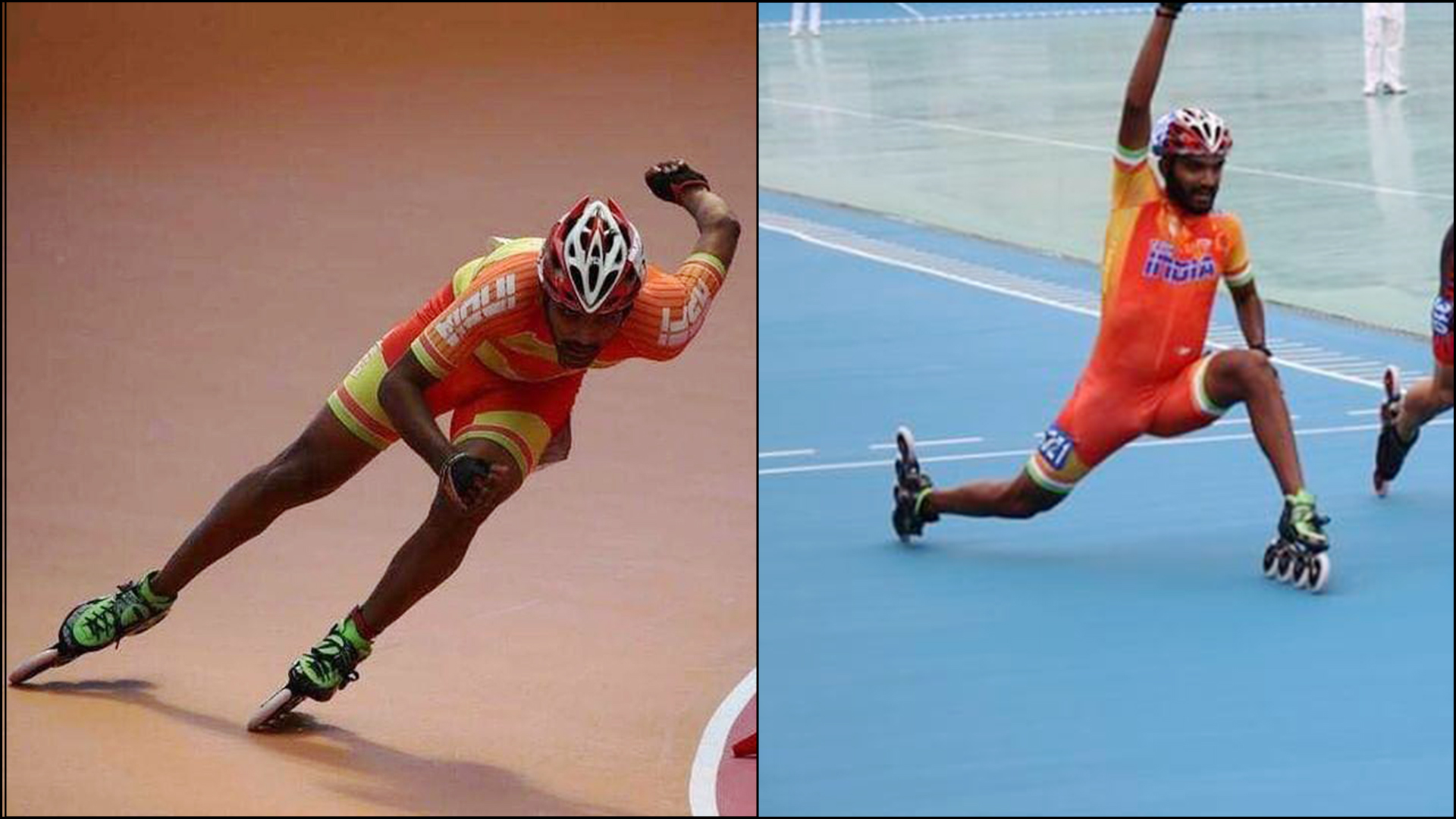 My coach and my mother are the ones who never gave up on me even though things were hard at times.

Tell us something about your Coach…

Whatever I am today is all because of my coach Shripad Shinde sir’s support. He has supported me in every way he could and has always motivated me in everything I did. He is like a father to me.

Keep believing in yourself. Give your 100% in whatever you do. Don’t hope for it, fight for it. Miracles do happen.

Do you think Skating and its learnings can be helpful in life even if one does not want to consider it as a career?

Every sport helps you in some or the other way in life. Most important is discipline and a never giving up attitude.

What according to you is scope of Skating in India?

In future, skating will be one of the most recognized sport in the world as all the champions are working on it

If you were to bring one big change in the way people get trained in Skating, what would that be?

Have a proper knowledge of skating and try to work hard and train smarter.

What do you suggest for better accessibility of Skating training in remote parts of India?

To communicate with good skaters and the coaches can help a lot.

I would like to suggest parents to patiently support and invest something in your child’s interest and then expect in return.

What is your success mantra?

Don’t hope for it, fight for it.

When I finished 4th in Asian Championship, missing a medal just by a microsecond I thought that ‘I Am The 1’ who can do it better and win this.