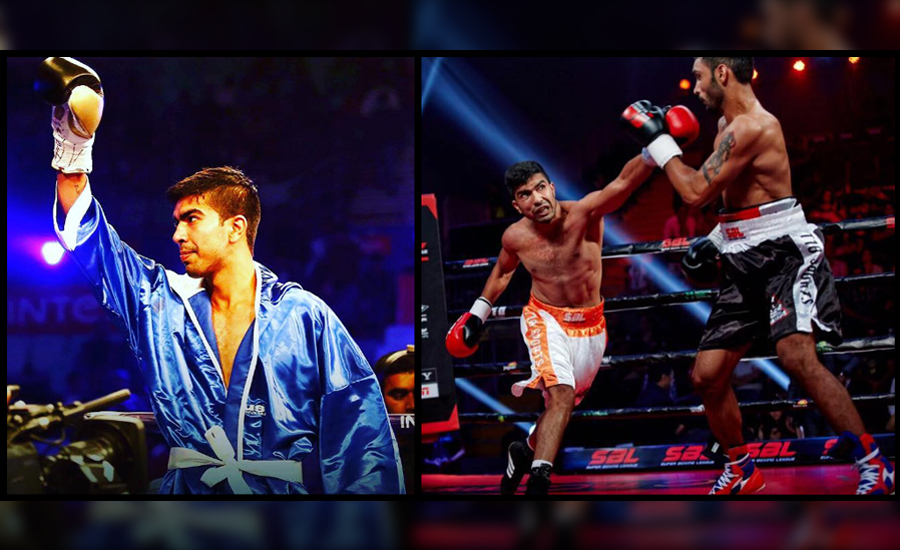 Climbing the success ladder is not a cakewalk but, this young and talented boxer sure has taken some steps of it. Deepak Tanwar is all about what youngsters of today are. Focused, determined and hardworking. Not only has he garnered appreciation for his boxing skills, but this young lad has seen some fame from his last venture as an actor in the recently released Anurag Kashyap flick ‘Mukkabaaz’. Coming from a simple background, this youngster is nothing short of an upcoming legend. In little time he boasts of achievements that otherwise takes years for people to make happen. Let us draw some inspiration from Deepak and take a step each day to make life worth living. In conversation with the young hot-blooded boxer, let’s find out his story.

It all started in 2003, one of my cousin brothers would play boxing. He was a professional boxer before that but early 2003 was the time when he gained recognition and appraisal from near and dear ones in the field of sports he had chosen. He was my main inspiration why I chose to be a boxer in the first place. I would see him winning medals and coming home to accolades and it was a proud moment. That really got me going and I told my parents about my decision. They were a little apprehensive at first, because I had a fractured hand and so they were worried. After about a year of convincing them, I got a chance to do what I wanted to. That is where it all began, the pride a sports person brings to his country is unmatchable to anything else.

Hard work and trying to remain optimistic. No matter what the situation is, I remind myself that not all days are the same, times will change and bring good fortune. I can do what is in control of me - give it my 100% and work hard to achieve it.

I thrive to give the best I can in my field

Had I not been a Boxer then…

I travel a lot for boxing tournaments, so I always look forward to coming back home

Helping and serving other people as it makes me happy 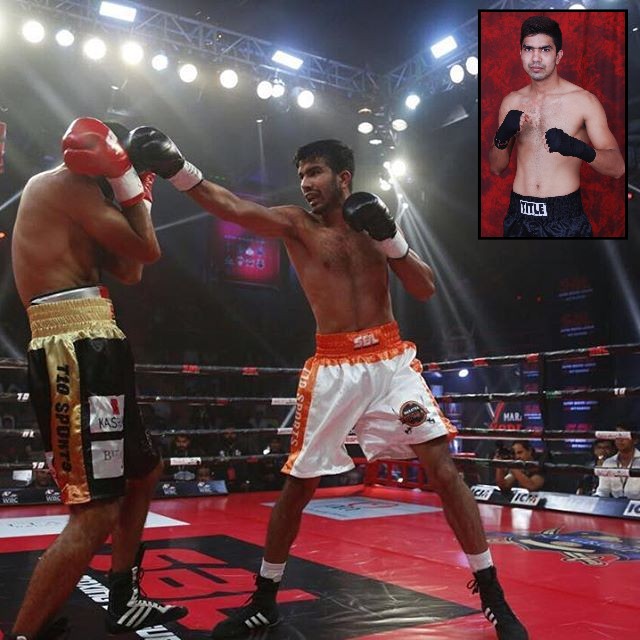 Initially when I started my career, I had to face a lot of financial hurdles. My father couldn’t afford getting me a boxing kit. There have also been days when I would skip my meals at school to save that money. I cut down my expenses and started living off a minimalistic and simple life. I have seen the days where I would buy clothes from the street vendors. But all the sacrifices have paid off well and today I can proudly say the financial hurdle has made me strong enough to fight whatever life throws at me.

The year 2010 has been a major setback for me. I had won State Championships in 2009, but due to some politics, I couldn’t make it to nationals. The entire year went by in training and at one point of time I felt I wouldn’t be able to do boxing again. That really hit me hard. But I kept pushing myself into believing this was only a phase and will soon pass. It did pass after 12 long months. Finally, in December 2010, I won consecutively gold medals twice in championships that fueled my passion and helped me overcome the setback.

Do you think Boxing and its learning’s can be helpful in life even if one does not want to consider it as a career goal?

In today’s times it is essential for girls to learn boxing. Not just boxing but learning any sport will help to build stamina. Boxing teaches you perseverance and take control of your reaction to a situation and how to combat it. The techniques of boxing are very important for girls to defend themselves in times of despair.

My inspiration and influencer has been Vasyl Lomachenko, renowned boxer from Ukraine who is a two times Olympic medalist. I admire him for his techniques and his strategies. In fact, many a times I try to copy his form and techniques. That does help me improve my game.

I have played different tournaments and championships. But none of them was as satisfying as an individual for me. Maybe because I failed to get due recognition. But until recently in the year 2017, Indian Boxing League where I represented my team Maratha Yoddhas and played 5 matches and won them all. People started appreciating my caliber as a boxer. That was my “I Am The 1” moment for me.

It started in Bhiwani where all my cousins would train, and I grew up watching them. So, I began training in my hometown. it was in 2006, that I shift base to Pune to learn from the Army Sports Institute. The institute provides for all the facilities and equipments one needs for formal training. I was there for about 3 years. After which again I went back to Bhiwani in 2009 and continued training there. At first it was a little difficult training in Bhiwani, since I was a junior but later, after I came back to the town it was very refreshing and the training was reinstated in full form. So, it was good to be back.

Could you reflect on the importance of systematic training in Boxing?

Systematic training is crucial. From personal experiences I can say, it is important to have guidance and a systematic and disciplined approach in your field. I didn’t have the guidance or assistance and followed my instincts to survive. Had I got the systematic backing since beginning, my career graph could have been better.

Right age certainly is one of the key pre-coaching essentials in any field of sports. Nurturing young minds is relatively easy and it helps bring them to focusing on the right energy. When you start training a child from a young age it helps them discipline as they can grasp things more aptly. so ideally, one should start training from the age of 10 years.

Technology and scientific training has been changing the way people get trained in Boxing. What’s your take?

As time is pacing so is the technology and scientific approach to things. Earlier boxing was all about physical strength and how boxers can use it to their full ability. Trainings used to be extensively focused on building a solid physique that would bring strength and stamina to compete against your opponent. But now things are changing for better. It is a good thing. Nowadays, boxing is not only about winning with your physical strength but also using your mind effectively, so you don’t end up wasting time or energy, but win strategically.

What according to you, can be a scope for improvement in training for Boxing in India?

Gradually things are improving in terms of training in India. Earlier there was limited scope. But today, due to globalization Indian coaches too have an impetus in upgrading their skills. And that ultimately benefits the students. The scope of improvement is vast, and I can proudly say that we are taking progressive steps towards attaining it fully.

Education is necessary, but sports too is equally important for the development of your child. Being able to play a sport teaches so much more than a book will ever teach. It inculcates values of dedication, being hardworking, being disciplined and most importantly being able to give your best shot always. Precisely I would only request parents to help your child take up a child since his/her tender age because sports are all about leading a healthy lifestyle, with a fit body and mind in coordination.

There are many such things that I want to walk down in past and change. One such event happened in 2015 when the World Military Games were to be held and I had registered myself for another air force course. And somehow the timings clashed with one another of the two events and I chose to go for the latter. Which I regret now, because I wasn’t appropriately in my form as I was all alone without my team. They had gone for the championship, but I resented. And thus, in a bid to accomplish more I lost an opportunity that could have won me accolades and brought me on top of my game. My other team members who participated in the championship have made it big for themselves, while I could do so, things went haywire for me. So yes, given a chance I would want to go back and undo my wrong decision.