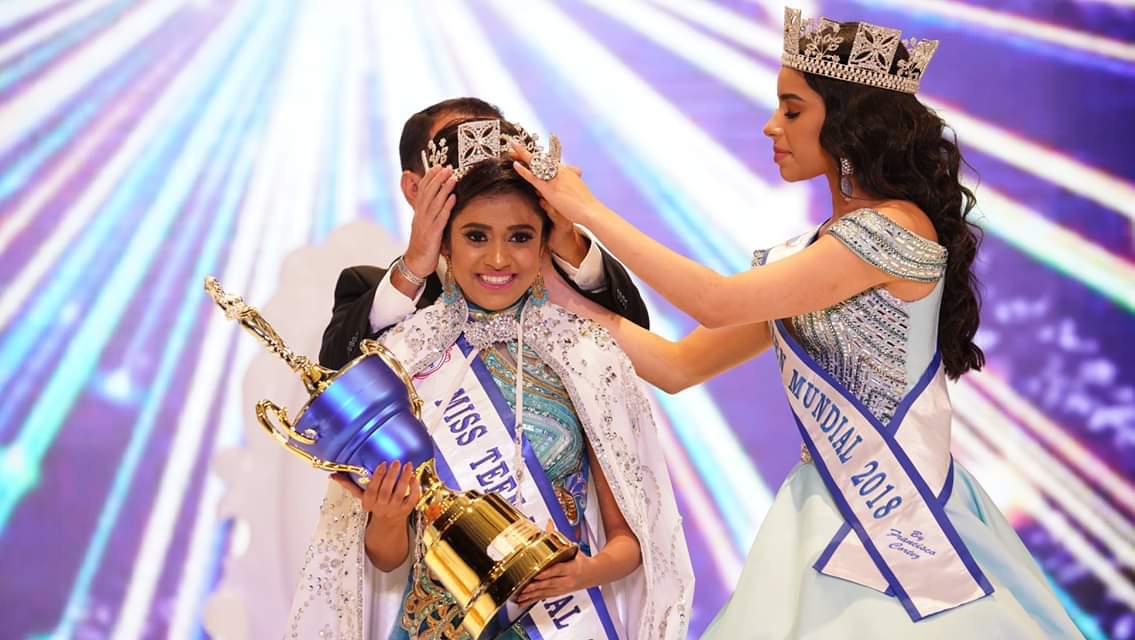 A role model and an inspiration to all the girls who wish to stand out and pursue Modelling as a career, Sushmita Singh has clearly proved that being our natural self is what makes us win the world. Residing in Kalyan which falls in outskirts of Mumbai, she began to face hardships right from going through the hectic travelling routine, but eventually her hard work paid off! Singh has not only broken stereotypes who label female models as ‘bad influence to the society’, but she has also become an example for all the girls hailing from far areas to make their own mark in the industry. It was Sushmita Sen back in the days and today it is Sushmita Singh making the girl power rise higher.

Since childhood I always wanted to be into modeling because my name ‘Sushmita’ itself influenced me to do so. I was very tomboyish during my school days and was involved in co-curricular sports activities. Although I wished to become a model, I never thought that I would ever win a beauty pageant. After completing SSC, I got into a small pageant and my journey began from there. Since then I developed interest into modeling and joined many training institutes for longer duration. I was already into dance, sports, etc. I transformed at each phase of my life and achieved this. Once there was a beauty contest in my school, my teacher did not allow me to participate in it because according to her, I was ‘ugly’ and this disturbed me. My actual struggle began when I turned 16 after completing SSC. I used to compete with girls who were 6 to 7 years older to me. This was actually the most difficult phase, but it helped me to gain a lot of exposure as well.

Firstly, I reside in Kalyan which is in the outskirts of Mumbai and all the Fashion Institutes are located in Mumbai. So I used to wake by 4am to reach Andheri on time to attend the sessions and then return home by 11pm or 12am. This hectic routine went on for 3 months. Secondly, I didn’t get enough time between National and International pageants to collect enough sponsorship, so my parents had to pay half of the expenses for the foreign trip. I had to convince them a lot to pursue a career in this field because parents usually have misconceptions about modeling as a bad career option for girls and every parent is concerned about it. But eventually my parents supported me a lot and I’m very much thankful to them. Also transforming myself was bit tough as I’m still tomboyish and girls internationally are very well groomed, so I had to stand out and at the same time compete to win.

Know me Beyond Modeling

Had I not been a Model then

The Vampire Diaries and Lucifer

How did you prepare yourself to compete in Miss Teen Mundial 2019 contest at El Salvador?

Whatever I have learned in my life, starting from dance to sports to be an orator; every aspect has helped me to reach where I deserve to be.

Since childhood, Sushmita Sen has been my influencer because of the name we share. I got obsessed and started following her. I love the way she lives. Being Miss Universe and a single parent, she is an inspiration to many girls like me and whatever I know about her has influenced me a lot.

Tell us something about your GURU?

When I was 16, Aditya Kotwal sir was the person I met. It was my first ever pageant and he is the one who saw the potential and encouraged me to go for a further training. Then for approximately 2 months I was being trained under Sucheta Sharma James and Harrison James. After its completion I joined Cocoberry Institute, I was the Cocoaberry Girl of the month in April. There I was trained under Alesia Raut Suryavanshi Mam and Anjali Raut Gill Mam. After that I participated in a contest where I was trained for 6 days under Shakir Shaikh sir. During my National pageant, I met Melvyn Noronha sir who trained and groomed me for the International pageant. He is the person who believed in what I am and never asked me to change my personality. A teacher should never insist on changing a student’s naturalness. It is because of Melvyn Noronha si, I won the contest and I am indeed very much thankful to him.

Earlier I wanted to compete at International Levels, but somehow, I wasn’t getting the opportunity and my participation got canceled thrice. I never saw it as a setback. I think we should cherish setbacks because these are the things which bring us ahead. If you come across setbacks, then that means something great is on its way to happen in your life. I wouldn’t have reached here if the International pageants held in 2017 or 2018 would have not got canceled. The place where I belong to is Kalyan and people here are very orthodox and they always stereotype a girl pursuing a career in modeling. saying that “isne zaroor kuch galat kiya hoga”. But this victory for me is the answer to all those people and also an inspiration to the aspiring models of my area.

Do you think Modeling and its learnings can be helpful in life even if one does not want to consider it as a career?

Modeling is such a field which asks you to be fit and healthy. It teaches all sorts of discipline and enhances one’s natural personality. Today if I’m confident, it is all because of Modeling.

How has technology transformed the world of Modeling?

Some years back, the system of making portfolios was changed into normal natural Polaroid without make up which is a good aspect about modeling because anyone can opt for it at any institute regardless of how confident he or she is about the looks. This is how the technology has prospered in modeling.

What according to you is scope of Modeling in India?

India is the only country with lot of diversity and every individual is different from one another. Indian modeling industry supports all types of faces and people of short height as well, whereas in overseas, it is mandatory for a person to be above 5’11’’ to be a model. So in this way, India is much better.

If you were to bring one big change in the way people get trained in Modeling what would that be?

Only thing I want is if your daughter, sister or a friend is into modeling then always be proud of her. In India, people see modeling career as a corrupt field but it’s not true wholly. If one has a clear ambition then nothing can go wrong in the journey. There is a lot of potential in India out of which only 10% is being seen commercially. There must be an opportunity for all those lacs of talented models.

Once I had done a charity at an old age home and from there, I realized the importance of family, love and respecting values of each other. These things will automatically make you grow. Career wise you really need to have a clear vision of what you want to do, and you should have the courage to convince others about what you’re pursuing. It is always difficult for girls to pursue modeling but fight for it. Our country is in our hands. Mold it nicely. Believe in what you are visioning, and nothing is impossible.

What is your success mantra?

"Never give up no matter what. It doesn’t even matter if you fall from a mountain, you are dead or how people treat you. Never give up until and unless you stop breathing. Even if you have failed very badly, try again because that effort will matter a lot to make you successful."

People criticized me a lot, but I knew that “I Am The 1” from the beginning. Even if I didn’t make it to some pageants, I felt like I wasn’t meant for this, something bigger is waiting for me. At the International pageant in El Salvador, there were very bright models, better than me, who were so perfect but only thing which made a difference was that I kept every aspect natural and didn’t make up anything or added extra elements. I was just being me and this is what made me win. One should be so confident that even if you’re walking on the streets, you must be able to awestruck & shockingly question everyone “Who is that person?” and this really happens when you know you are the one.