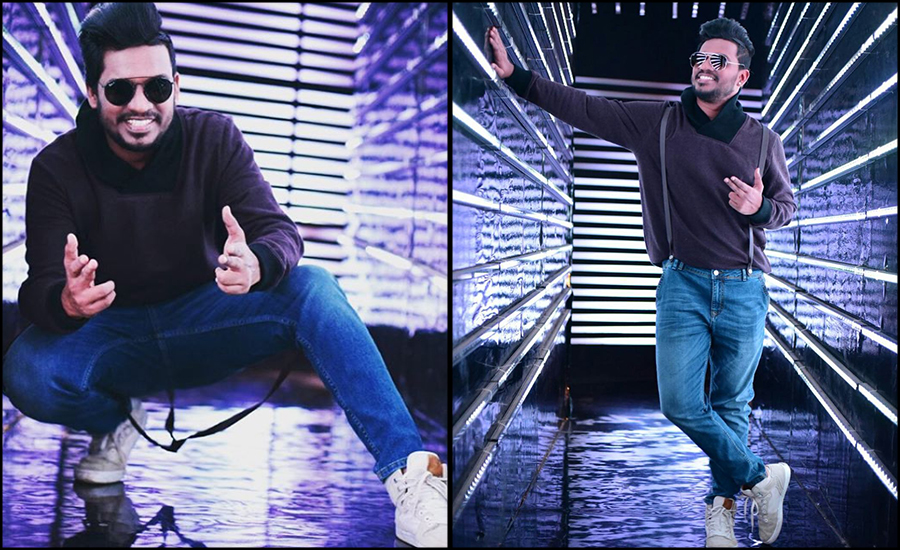 Some people dance as hobbyists to feel ecstatic while some pursue a career in its ecstasy. Paul Marshal is one such example who followed the path which made him happy. A famed Choreographer in the Bollywood Industry, Paul is rocking in the Dance India Dance series and has choregraphed movies such as ABCD 2, A Flying Jatt and many more. Started off by earning a minimum wage of 1200 Rupees, he became the first person in his entire family to buy a brand new car, hence this path of happiness has made him reach the success. Co-Curricular activities assures success when you are confident enough to hustle hard just like Paul did. This Mumbaikar is currently inspiring all the dance dreamers who wish to be in the spotlight one day.

Team imd1 wishes Paul and his fellow ally Rahul more success and happiness and thanks them to prove everyone that Dreams do come true!

I wanted to pursue a career in music, but I didn’t have any clue from where to learn and acquire knowledge. I couldn’t afford drums which used to cost around 15k at that time. When I was in college, one of my friend asked me to join him as a back dancer in a Marathi film for which I was offered money. It was the first time I was introduced to a choreographer. Umesh Jadhav choregraphed the song, appreciated my grasping skills and offered me to perform in various reality shows and award functions and since then there was no looking back. I met Dharmesh and Rahul Shetty in Crazy Kiya Re reality show. We three met for the first time and then after Dharmesh performed and got famous in Dance India Dance season 2, I along with Rahul became a part of that show as choreographers.

Know me Beyond Dancing

Self confidence is what all I believe in

I am not a Biryani person

Had I not been a Dancer then

I would have been a Musician

I either eat or paint

Original Copyrights of the Song "Gerua" are reserved with the respective production house.

There were many but I did not think about them as such. I just kept working but when my father passed away, that hurt me. I used to practice for 10 to 15 days for shows and earn around 1200-1800 per show. Hence my brother insisted me to leave dancing and acquire basic computer knowledge to work. He gave me a period of 1 year to prove my passion and that’s when I won Crazy Kiya Re and received a big cheque of 6 lacs Rupees. I bought a laptop for myself and a lot of things began to change, and I started building self confidence in my life.

Self-confidence is what all I believe in. If you’re confident enough then you can easily achieve anything. You always tend to groom your expertise and as a choreographer I have to efficiently express it to the audience. I have to be confident for it. I feel this implies to every person in every field.

Success is incomplete without its share of setbacks. What advice do you give to others about handling the setbacks?

There are setbacks in everyone’s life and there is no one who can help you, only you can help yourself. So believe and trust yourself.

Do you think Dance and its learnings can be helpful in life even if one does not want to consider it as a career goal?

Earlier Singing and Dancing were all about hobbies but nowadays they are much more exposed as careers. There are various platforms emerged to earn through showcasing our talents but eventually what makes you happy is all that matters. I also joined a call center for 6-7 months and there I realized that I am not fit for corporate job because there wasn’t that contentment after ending every shift. Then I got totally focused into dancing. Some people dance to become happier, but I am happy because I dance.

Which was "that" moment when you considered yourself as "I Am The 1"?

One day Remo sir called me and Rahul in his office and made us listen to a song “Happy Hour Mein” of ABCD 2. He then asked us about how it sounds like and we said it is much like a ‘Prabhudheva’ kind of song. Then he asked us to choreograph this song and it was almost like a dream coming true because the person whom you have admired as an idol all your career, and suddenly you’re getting a chance to choreograph him for his song is a very big thing. We met Prabhu sir for the first time and at that moment I realized anything can happen in life. If I had given up at the time when I was earning 1200 Rupees per show, I wouldn’t have experienced this moment in my life, nor I would be interviewing with your team at this moment. I was very much confident throughout my journey and hence this was my biggest moment, my “I Am The 1” moment of life.

Did you get any formal training in Dancing? Kindly tell us about it…

I never joined any dance class, but I always wanted to join a Music and a Painting class. I never had any source to learn all these, neither I had enough money. Talking about dance, I have only learned it through watching TV as I used to watch a lot of films. All I did was to pretend to be Govinda or to copy Prabhudheva’s steps. While working with Dharmesh, I used to grasp the techniques of performing very quickly. I learnt a lot through working in reality shows by improving and improvising new styles. Different judges asked me to bring something new on the table and my style automatically improved.

Talking about a career in dancing, it is better to start at a very young age because our body is very flexible during that period. If you begin later then your body doesn’t meet the requirements one needs to attain for proper flexibility. If you force your body to mold and adjust, then you might end up getting injured. Dancing for fitness, enjoyment and happiness is another thing which is good, but career wise its good if one starts since childhood.

Technology is changing the way people get trained in Dancing. What's your take?

Occurrence of technology in Dancing is a good thing as one can get every bit of information on Google and YouTube but unless and until you’re not learning it personally then you won’t get its essence and detailing. The videos are only meant for referring purposes, there must be a physical training pursued for better dancing.

If you were to bring one big change in the way people get trained in Dancing, what would that be?

Lately, a lot of people are opening their own dance academies with just having an experience of being auditioned in a TV round of some reality shows or have danced behind some celebrity. I want each one to have all the knowledge from the basics to develop kids from all parts of India. People come to Mumbai for learning purposes but end up working somewhere and they come at a certain point where they cannot refuse to work and due to this, most of the dancers end up in the industry with limited knowledge.

Academics is by default a necessity but along with it, involvement in extra co-curricular activities is a must. I did not study much because somewhere in my life I realized I’m not good at it and my interest lies in dancing. I also promised myself that if I am leaving studies then I will be very much focused in dancing. Many times, people do not focus or get enough support in extra curricular activities, due to which in society it is believed that there is no scope in any other field apart from Academics but focus and support are much needed to make it big in cocurricular activities. Eventually it all depends on an individual’s will power and focus if he/she isn’t supported to pursue the passion.

Be focused and be confident enough as there will be lot of ups and downs in your life. Your parents will advise you to leave your passion because they always want you to suffer less in life. Take your time and prove it. I was the first one to buy a car in my family and this became possible through Dancing. Anything is possible in life if you don’t give up, you just have to be confident and must have a strong willpower.