From a Prodigy to a Phenomenal Violinist, Daddy’s boy – Dr. Mysore Manjunath’s story will make you drool over the world of Indian Classical Music 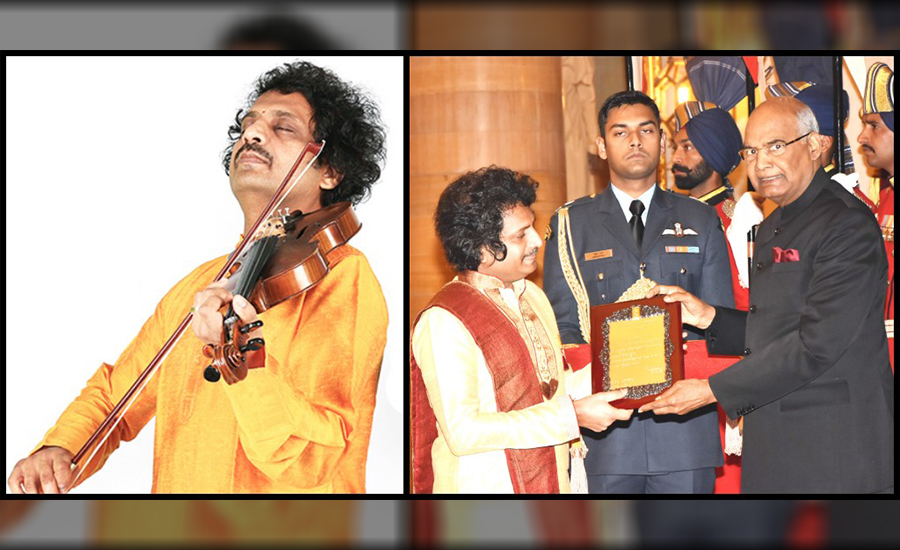 From a Prodigy to a Phenomenal Violinist, Daddy’s boy – Dr. Mysore Manjunath’s story will make you drool over the world of Indian Classical Music

What it’s like to be born in a family of musicians? That’s exactly how the epic violinist Dr. Mysore Manjunath would have felt. Hailing from Karnataka, the land of the rich and divine culture of Indian Classical Arts. Playing the violin live just to receive garlands made him get into this immensely creative craft since when he was 8, and after getting recognition in his teens, he went on give goosebumps all around the globe in few years. Mentored by his late father, he worshipped him as a Guru because of whom Manjunath is praised all over. His contribution to the Indian classical music is marvelous indeed.

It is a very interesting incident which incurred when I was 8 years old, I was born into a family of musicians, my elder brother is also a violinist, initially I never showed interest in playing the violin and my father was worried for me as I did not have that passion for music which he had, he tried a lot to push me, but his efforts were not working at all. One day my father forcefully took me to his concert and made me sit on the stage behind him and my elder brother, as the concert concluded, all the musicians who performed had the privilege of receiving a garland which fascinated me as a child, and I also wanted one so I begged for it but my father refused as I did not perform with them, and everyone humiliated me on the stage. Eventually this frustrated me, Later on, I was promised not 1 but 5 garlands if I perform on stage. Then after returning home, I rushed to my father to get the violin lessons, a boy who never touched the violin suddenly became so much obsessed with the instrument and within 1 and a half year, I learned the violin, performed live and received the garlands which felt like an award. My father had a very strict persona, he never let me play outside or pass time with friends and I disliked him a lot due to this but as a musician, I got recognition at a very young age and that is when I realized the importance of music and since then I started worshipping my father.

Had I not been playing Violin then…

I would have been a Monk

Spend more time with the Violin 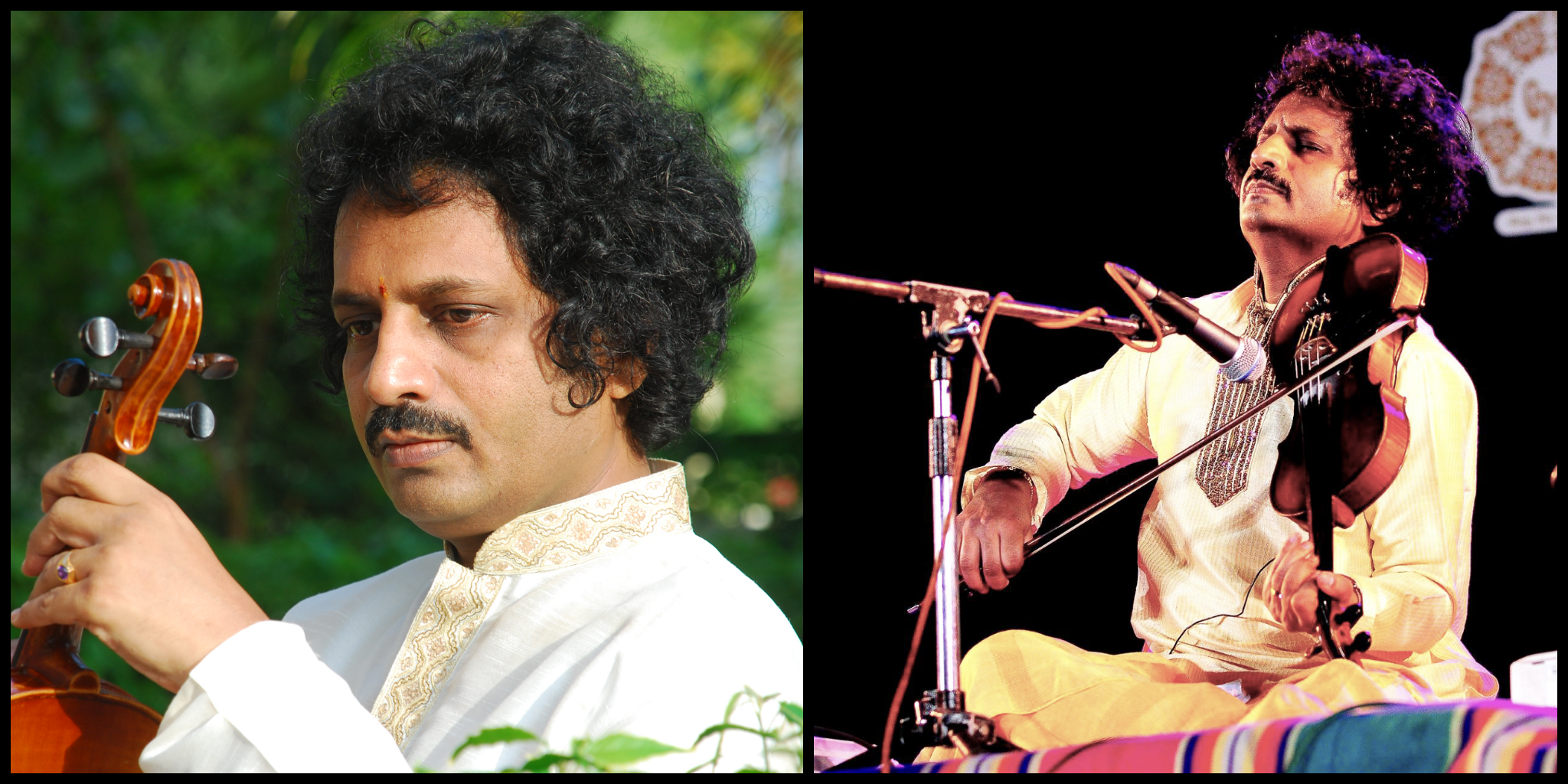 What were the hardships/hurdles you encountered and the way you overcame in your journey?

When I was in my teens, I was extremely talented, and I used to perform with the veterans who were above 65years of age, it was a very challenging thing to cope up with them. And secondly, I had to sacrifice my social life, playing out, hanging out with friends and anyhow I had to control myself and I successfully managed on this.

Everybody will be happy for you when you are successful, as it gives happiness and immense pleasure but, life is not only about success, it also means failure and you must have a balanced mindset to handle both, failure & success.

Do you think Music and its learnings can be helpful in life even if one does not want to consider it as a career goal?

Absolutely Yes, there are many professionals such as doctors, IAS officers as my students, Performing is just one small segment, it’s all about pleasure, music soothes and heals our mind as well as heals mental health, music exists for inner peace to find an escape.

My father has been my everything in this journey, he has influenced me very much, he has struggled a lot and made it big as he hails from a very small village and even my elder brother Mysore Nagraj’s contribution Is mind blowing in this field.

Honestly, being the top-notch violinist of the country, the true pleasure and essence of playing the violin very uniquely unlike others made me feel like “Yes, I Am The 1.”

As far as the primary guidance is concerned, my father was the whole and sole source of wisdom for me and, I did my Ph.D. from the University of Mysore.

Could you reflect on the importance of systematic training in Music?

Training is the most epoch-making and a crucial aspect of the journey of a musician, it gives us a very solid foundation for the betterment of our craft.

It is great if you start something at a very young age but most importantly the most far-reaching thing everyone needs to learn something is PASSION, anyone at any point of time can learn anything if he/she is passionate towards the craft.

Technology and scientific training have been changing the way people get trained in Music. What’s your take?

Modern technologies can be used without harming the classism and natural beauty of the music, if the technological nuances are highlighted more and the natural sound is kept subtle then the music is absolutely lost. Technological aspects can embellish the art and it is a very productive collaboration. (for example- Composing or Editing music on the computer and mixing it with the sound of an instrument)

How can one select an ideal ‘Guru’ for getting formal training for Music?

Selecting a Guru is a very crucial task in this journey. A Guru should be somebody who is approachable by you, knowledgeable and the one who hails from a great lineage of music and he/she should be the one who treats the students their own family member, this is how an ideal Guru is defined as.

What according to you, can be a scope for improvement in training for Music in India?

First and foremost, initiating the education of Indian Classical Music from the school level itself is a very necessary step so that children will get an exposure of Indian classical music and would be aware of its importance I was noted by the Oxford University, they have much respect for Indian Classical Music, and we find it very difficult to make our people understand its importance. It’s a harsh reality and a very saddening scenario.

Our concern is whether the Indian Classical Music culture is diminishing or is still recognized in India?

Maybe partial responsibility is handed over to the musicians, they have to maintain the pace, we shouldn’t only show our content to those who attend our live performances but also to the larger masses through different platforms. Talking about the other commercial genres such as Bollywood or other online platforms, there is still an essence of classical music and this will continue to be a subtle art form and instrumental music always have a universal appeal but apart from this the content in your craft must be relatable to the masses no matter if you represent classical or modern art form.

What do you suggest for better accessibility of Music in remote parts of India?

I have had the privilege to perform in the Rashtrapati Bhavan and other such royal places but apart from that we should also contribute and spread the art in the rural areas so that overall people from all walks of life could witness the glory of Indian Classical Music.

In your opinion, what are the basic key traits apart from formal training that makes “imd1”?

As a musician, I should not only know the Karnataka classical music but also the European classical music, Jazz music, etc. as music has so many flavors to offer such as different picture, color, and shape(imaginations), if I explore myself to all of them then my music will become richer.

Your piece of advice to parents and new generation especially when some people are skeptical about a career in an extra curriculum.

A person should utilize an artform to make him/her complete and fine arts is full of Sanskaars, Culture, etc. Studying 24 hours without sports, music, the dance will dull your imagination and eventually it will make your life purposeless. You pursue a degree, work on a job at an office and earn money but that won’t bring the pleasure in your life. The joy and ecstasy of life are hidden in art, travel, sports, and entertainment. Art makes your life more colorful. Children nowadays indulge intuitions, coaching classes etc. but it’s my humble request to the parents that please at least once a week let your child put his mind into learning some musical instrument or do anything related to art.

“Only if I could bring my father back.”

It’s a natural process and after recognition of your talent, nobody can stop you. The passion has so much force that when it hits you, you get along with it and then there is no looking back, only it’s just that you must be sensible enough to identify that. Parents should ask their kids frequently what they want to do.