“Football has a great scope in our country”- star defender of India, Anwar Ali 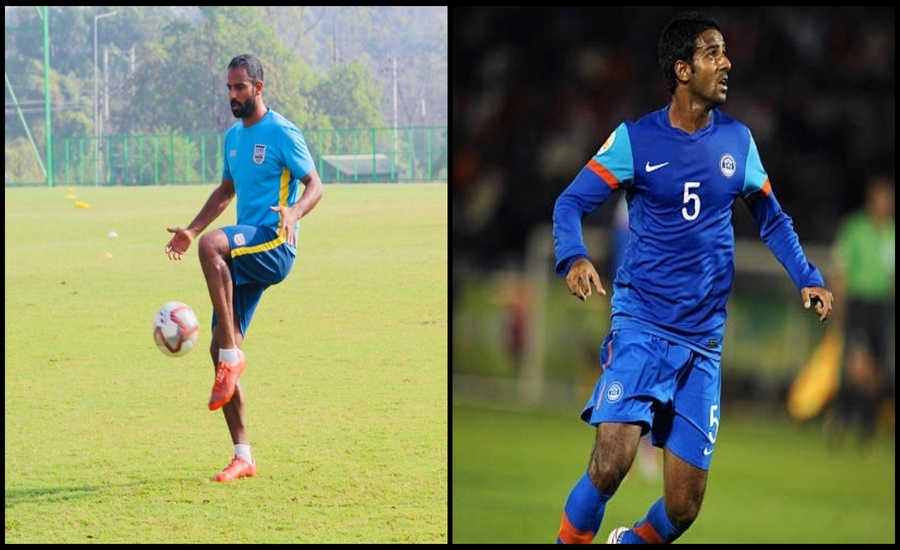 “Football has a great scope in our country”- star defender of India, Anwar Ali

Football is no more in a state of a rarity as Anwar Ali, the Punjabi defender’s struggle has undoubtedly proved it right. Anwar has inherited this passion through the soil of his Pind Rurka Kalan, as the craze of football is more than that of PUBG in the metro cities. He started from being not able to afford a football and reached at a level of bagging innumerable accolades in this sport.  Anwar has incepted discipline by serving in Punjab police in early days. Playing for the Indian Super League (ISL) since past 5 years, he was in Delhi dynamos for 2 years, from the 3rd year he joined Mumbai city FC and was drafted to ATK Kolkata in 4th year and currently he is again winning goals for Mumbai City FC. Anwar has proved that you just need to fall in love with the sport so as to let success be yours truly forever. He has indeed contributed a lot in the evolution of Football in India.

I am from Rurka Kalan, a village in Punjab, there is an academy called as YFC- Youth Football Club, from where I began playing football since when this academy started in 2001. Currently, there is a very big Football academy in Punjab for children’s sports activity. Gurmangal Dasji is the person who introduced me to Football. My village is very fond of football as there are many footballers who have played at a very huge levels belonging to Rurka Kalan. During childhood, just like how a child gets inspired by the vibe of his/her surroundings, similarly I got inspired towards football and Gurmangal Dasji brought me to his academy and helped me a lot in sports.I did not have football in school, with a rubber ball I used to play and at that time I dreamt that one day I will play a lot with when I will get a football. But when I switched school in 1st grade, I got to train in Football from scratch and adopted all the knowledge. He encouraged me by saying that “you’re good in studies but continue playing football along with your academics, study in the morning and play during the evening.” Then I told him that I belong to a middle-class family and we cannot meet the sports’ dietary requirements, so the academy looked after my all the expenses, my diet, schooling fees, etc. There wasn’t any footballer in my village, since the atmosphere in my village was filled with the craze of football, this is what got me here.

Leveling up from one point to another is what I believe in. And hard work is all you need to reach at any level, along with luck which is also essential.

Know me beyond Football

Hard work is the only source of our living

Gurmangal Das- the person who introduced me to Football

Had I not been a Footballer then…

I would have completed graduation and studied further

Goa, Sikkim and Maldives in India; Barcelona in abroad

I spend time with my family and friends 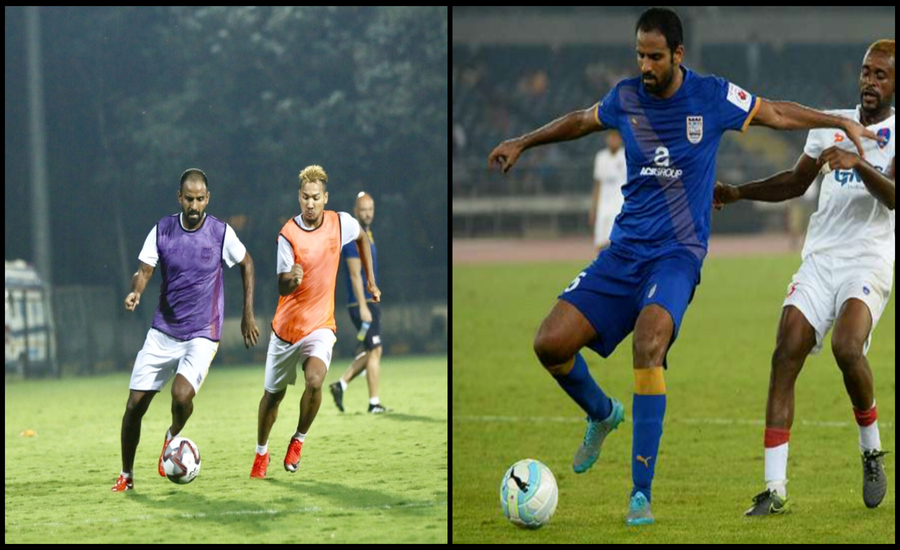 When I began, I did not know if I could afford football but as I got the support, I easily overcame the hurdles in the initial stage. Then in 2004, I got a job in Punjab Police as a footballer, I used to feel like I cannot play at an advanced level hence in 2006 I left the job as I was serving Punjab Police. Family supported me since the early days, no one discouraged me in making any decisions in this field. Financially, I was depended on the support given to me as there wasn’t any other source but as I started playing professionally, I started earning money and my financial situation got better. I never faced discrimination and nepotism in this sport.

When I joined college, I wasn’t playing for the college’s team because there was no place for me as there were better players in the team. Every player has to face this every time he/she wishes to enter in a team where there is no spot for him/her. You have to struggle a lot to enter into a team of 11 when you’re among the 20 footballers. Sometimes you deserve a chance but someone else gets selected. Such things shouldn’t be taken as a failure but of course as a motivation.

I have continuously played for the national team from 2007 till 2012,  I was known as the best center back player. During those days, I actually used to feel like “Yes, I Am The 1”.

Nowadays, under 8 years old children start playing whereas I was fifteen when I began, and I feel I started late. For me, 10 years of age is the ideal time to begin football professionally because 16-17 years old players easily play for ISL (Indian Super League). As earlier people were excited for cricket, today the football’s fever is also emerging and if children want to make a career in it, then parents should support them as football has a very good scope in India and putting children in any sport means keeping them away from so many diseases which is the best benefit. But a ten-year-old child cannot decide whether he/she wants to make a career in football, this is where parents play an important role.

I have attended training in England and there is an Indian coach who trained me in Canada.

Could you reflect on the importance of systematic training in Football?

Nowadays, the training from the beginning itself is designed professionally for every age group. As there is an increase in number of professional coaches who are well trained from abroad. So the current training pattern scenario for children is totally systematic which is very good and an important factor.

Technology has been changing the way people get trained in Football. What’s your take?

I don’t have much idea about the utilization of technology in children’s training but professionally it is used in a very well manner. In the ISL (Indian Super League) level, the whole coaching faculty has come from overseas, who are very skilled. So, we cannot compare the level of training available in India and overseas because even here the bar is high in terms of coaching and the difference is very minimal. Since ISL, the level of training is changed indeed. Even if we are not getting the facilities, the training is still very excellent in India.

What qualities must one look for in a ‘Guru’ for training in Football?

An ideal Guru firstly figures out the capability of his/her student because we cannot force children to play, a good Guru will motivate the student to play.

If you were to bring one big change in the way people get trained in Football, what would that be?

The training is already very good going in India, only the infrastructure should change and get better. For children, diet must be looked after thoroughly then comes the facilities like equipment, supplement, playground, etc. The weather is also a very major factor affecting training, which cannot be changed. But the timing of training should be depended on good weather.

There has to be a playground in every village for sports, like football, there is federation set up which looks after local village tournaments encouraging the talent of players belonging to remote area. Some federations arrange coaches for villages who have seen footballers in the past. This is somewhat a difficult task.

I feel that no other life is as amazing as the life a sportsman because what sport you love is what you do all day, you do not leave it at all. You even start to earn and eventually you live along with it. For parents all I could say is invest time in your children, ask them out about their interest because nowadays parents are very much busy in their schedule. At least ask them what field they want to choose because if parents do not communicate much then maybe their child can enter into some wrong paths.

I have started late, even professionally I started when I was 22 and I wish if I could start early, because as I said a child should be of 10-12 years of age to begin in any sport.

For youth, I would say that they are sitting in their comfort zone, wasting much of their precious time on internet. They don’t know the real happiness lies in stepping out, seeing the outside world and of course playing sports. This should be kept in mind for a better future or else they will regret this a lot later.