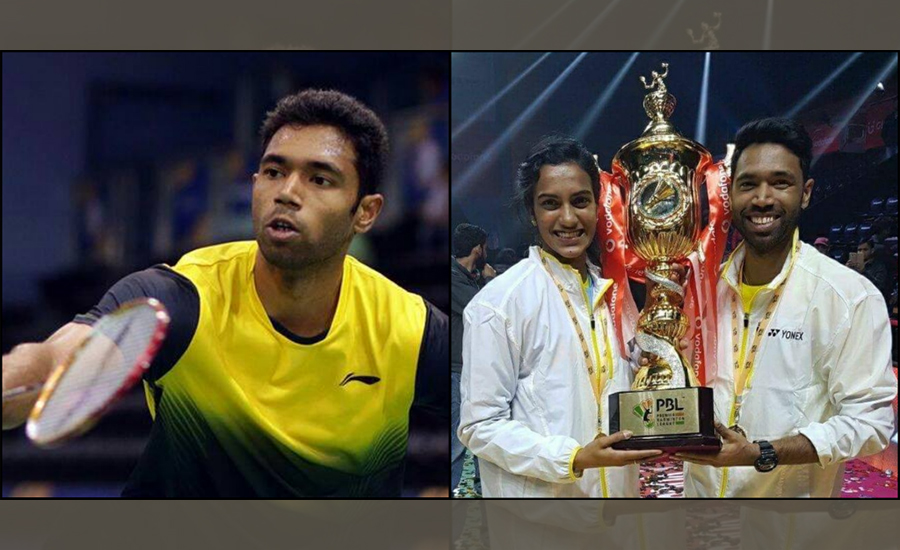 Been a 5 times consecutive Mixed Doubles National Champion, Arun Vishnu indeed defines Badminton. Born in god’s own country, this blessed athlete started playing his favorite sport at the young age of 12 years and since then he never looked back. Under the skilled guidance of Gopichand, he practiced day and night to reach the level of awesomeness. But, as things are not as easy as they seem to be, this legendary badminton freak met with some major injuries which made him sit back, but his true love and dedication towards his passion and the immense encouragement from his parents made him step up his game and made him the winner of not only 5 consecutive Mixed Doubles National Title but also won the hearts of the people of his country. He has made a mark in the sports industry and currently working as Assistant Manager, Indian Oil Co. Ltd. & also Coach of Badminton Association of India.

I was once playing badminton with my neighbor who was a State Champion of Kerala, he complimented me by saying ‘you play good’ and insisted me to join a Badminton Coaching in Calicut. Since then after joining, I started enjoying and loving the training and continued from there since the age of 12 and never looked back.

In sports just like a rollercoaster, there are ups and downs, sometimes you lose, sometimes you win and sometimes you get injured, so don’t give up. Being neutral on the winning and the losing phase and keep practicing is applicable in any sport. There is no success without any hurdles or obstacles.

"Keep working hard, you’ll get the result. It doesn’t matter if you lose or if you win, you must stay neutral and keep working"

Had I not been a Badminton Player then...

Maybe I would have joined the Army 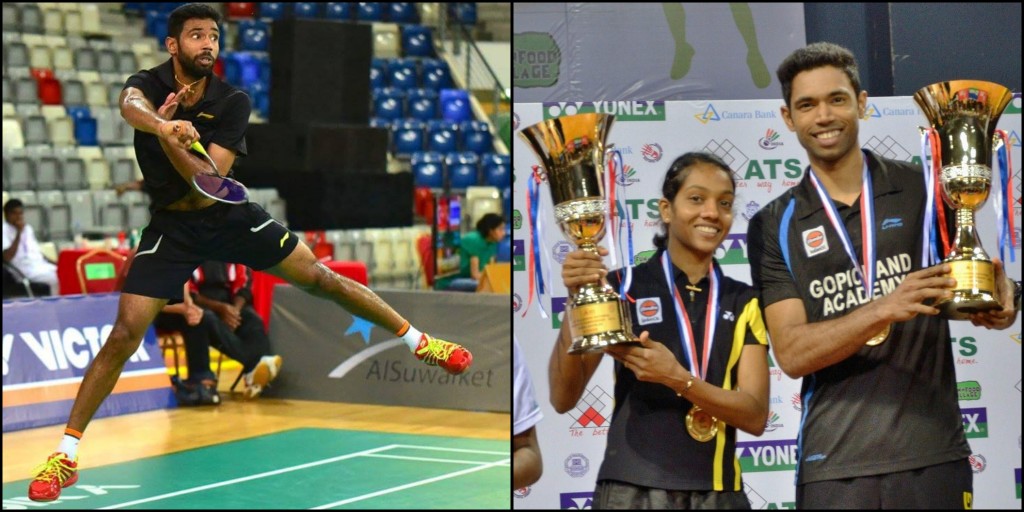 I injured my knee had to undergo a surgery. Due to this i was unable to play tournament in 2006, it was a bad phase as I did not play at all. But the love and desire to succeed kept my passion alive and I practiced from the scratch in 2007 and then in 2008 I won my first senior international title at Bahrain International Challenge 2008.

It’s a universal fact that after every sunset, there comes a sunrise, similarly even if we fail, we just must keep trying again and again to succeed. Having an Optimistic approach, a hope of ‘One day I’ll be Successful, my day will come’, you must keep pushing no matter how many times you’re failing just KEEP PUSHING YOURSELF.

I’ve been much influenced by my parents and my coaches. Especially when I was injured, my parents, which are my backbone, supported and encouraged me. After recovering from injury, I shifted my base to Hyderabad under Pullela Gopichand and near looked back.

In the year 2011, I won both Men Doubles and Mixed Doubles in Nationals and that was the when I felt the most confident and realized that “Yes, I Am The 1” and can achieve anything in my life.

Training is the toughest and challenging part in the journey of any sport they say, but all the pain is worth I must say. I was trained under the guidance of the legendary badminton player ‘Pullela Gopichand.’ He is a very systematic and skilled player. I went to Indonesia for 2-3 times for professional training that experience also helped me endure in the game.

Could you reflect on the importance of systematic training in Badminton?

It’s all about a proper training, if you are trained systematically, you won’t get injured much, your skills will improve and eventually you’ll become Technically sound and mentally strong and viable, this will aid you to handle all the pressure of the tournaments with ease.

Technology and scientific training have been changing the way people get trained in Badminton. What’s your take?

In today’s era, technology has taken over almost each industry and in sports, video analysis is a very common factor. We can watch our opponent’s previous tournament videos on YouTube and can analyze their strategies and moves. Technology helps at every aspect of sports on a larger scale.

How can one select an ideal ‘Guru’ for getting formal training for Badminton?

Currently in India, the ‘scene’ has grown upto a nice mark as there are many Badminton Centers and private academies with International coaches, so I think the training has become much more systematic and feasible nowadays.

What according to you, can be a scope for improvement in training for Badminton in India?

In our times, we did not have separate coaches for separate tournaments and nowadays there are different coaches assigned for Singles and Doubles and players get personal attention resulting in better performance. Undoubtedly, the things are getting better here and it’s all because of the zeal this youth has for sports.

What do you suggest for better accessibility of Badminton in remote parts of India?

As diamonds are found deep down under the earth’s crust, similarly there are many good players hardly recognizable due to the lack of basic amenities provided in their villages, coaches should train such talented hidden gems in their own academy and give support to the rural Indian players across the country and encourage them to participate in the tournaments. This will give rise to the overall development in the sports.

It’s not only about training but also about an attitude of ‘Never Giving Up’ and ‘I want to achieve something great’. You should have that spark in you for the passion and an urge to succeed. It should come from the core of your heart as love for the passion is what it all takes to be a legendary sportsperson.

The parents should not pressurize their children, let your children follow their passion. Parents should take a good care of them in terms of their diet and sleep and not only studies can lead them into a good future but also sports can assure a great triumph in their lives.

Whatever sport the child is interested in, his/her parents should encourage him/her to get in it for example, if a child’s father likes cricket so he shouldn’t force his child into cricket if he/she isn’t interested in it, your child isn’t supposed to get into such a loophole at such an early age. Let your children lead their own way and give them the liberty to choose a profession as per their likes.

I think in India, ‘academics’ is everyone sees but there is a great scope in sports and especially in Badminton, you play tournaments, represent India internationally, win medals, and eventually you won’t need a job. Today, nothing is impossible as this is the new era of opportunities and possibilities.