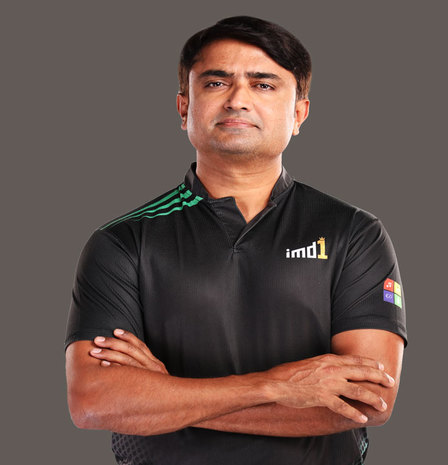 Monty Desai worked as an assistant coach and head scout for Indian Premier League (IPL) team, the Rajasthan Royals from 2008 to 2015 after joining the team in between completion of its first season and start of the second. After the suspension of the Rajasthan Royals, he worked as a performance coach for the Gujarat Lions in the subsequent two seasons.
He has also held coaching roles with Afghanistan, Nepal, Canada, USA, Bermuda and Indian regional teams (has been a head coach for Andhra Pradesh State Ranji Trophy Team) in a career spanning over 13 years. He was most recently the batting coach of the UAE team. Currently, he is the batting coach of the West Indies National Team. He has also personally worked with some extremely notable players such as Ajinkya Rahane, Dinesh Karthik, Ravindra Jadeda, Hanuma Vihari and others.
In the past, he has conducted specialized camps for the World Cricket Academy (WCA), which was known to help cricket players from different County Teams to enhance their skills. Essex CCC, Durham CCC, Surrey CCC, Middlesex CCC, Yorkshire, Hampshire, MCC, ECA Academy, and NSW University were among the first-class teams that visited WCA. Former England captain Alistair Cook and all-rounder Ravi Bopara had also visited WCA centers to enhance their skills.

Monty Desai said, “I decided to associate myself with 'I Am The 1 (imd1)' based on my strong beliefs surrounding the coaching journey. I have always been passionate about the basics of Cricket coaching. I strongly believe that the journey of a great player starts from an early age at grass-root levels, and it makes the task for senior coaches much easier once they reach the professional level. With imd1, I along with my team plan to contribute by creating the 'Right Learning' from an early age and helping on-field Coaches.”