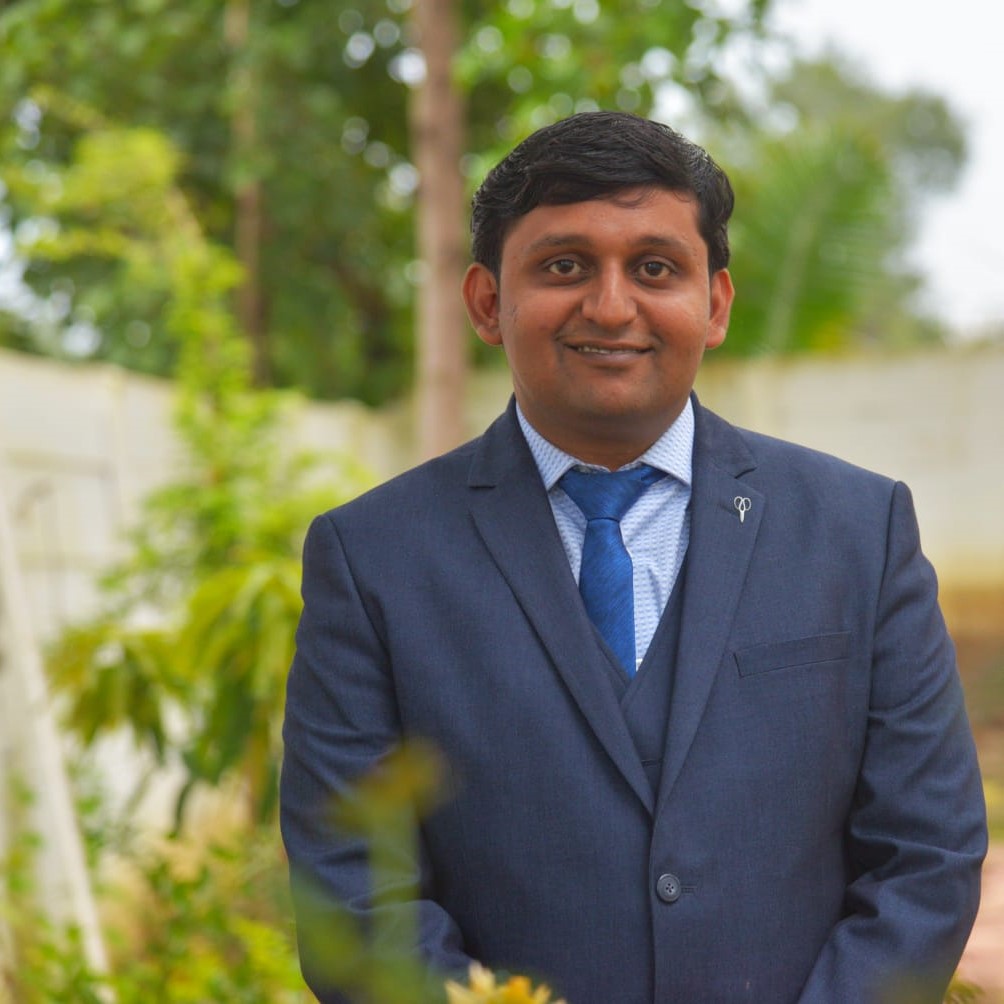 I became a teacher at very early age. I used to work at a call centres with international voice processes. Within a year I was promoted as a Voice & Accent trainer. My former teacher contacted and informed me about an immediate part time vacancy in school it was as a teacher. I joined as a part time faculty and realised that it was my passion. To give a smile on someone’s face is something I felt like pleasure more than the amount I received. At that point I decided that I don’t want to work for an MNC, but I want to work as a teacher in a school. Even today I first consider myself as a teacher and then as a principal.

It surely makes a difference! When we speak about education, we speak about a human being. John Dewey once said, “education is nothing, but it is a replica of life". Whatever is going on in the society is going to be reflected in school and vice versa. We just speak about academics but when we give confidence to child about MADS then we observe him/her bringing difference in life. There was one student of mine who was weak in studies, but when I asked him to host an event, he did it very well. Today he is in Cincinnati USA, going to be a reporter. A little push to the co-curricular side can make a huge difference indeed. One of my schools has adopted tribal students, they were trained to perform dance and they were very much confident in it. Hence, I know how much difference the confidence in cocurricular makes in the life cycle of a child.

I was fortunate to be the initial part of big initiatives like Model United Nations held in India. Apart from that I was also in the organising committee for International Theatre Festival. I also worked with the social service camps, media organisations in collaboration where we can do certain event to give it back to the society. We also conducted certain events wherein we celebrated the martyrs and their lives. The event was “Mera Rang De Basanti Chola.” This programme was done with Bharat Petroleum and Lokmat and our school was the Host. We called and felicitated the family of the martyrs.

We started a programme called ‘marks for sports’ in our school. We convinced the parents that not only academics scores but marks for health are also very important. In metros we do not have much spaces to play. Some children have physical weaknesses, and some have obesity, so we have given some extra time to students to play on the ground. This came out as a successful initiative as some students went to the national as well as international levels to compete. The success speaks for itself. Our institution has given cash rewards upto ?1.2 lacs and fees concessions to those participating and winning in national and international levels. This helped the parents to understand that marks are important but marks for health are also equally important.

We should recognise, accept, celebrate and treat students excelling in MADS as celebrities. When my students returned from international tournaments, they were welcomed in the airport with Dhol & Nagara in an open jeep and taken to the school just like celebrities. This gives the confidence and trust to the people for following such success stories. This can imbibe the values of curricular activities being taken seriously in life.

Many of my students have reached international levels for Karate and Skating. Few of them attempted but couldn’t compete in Tour De France a cycling rally in France.

I like listening to music even though I’m not that good singer. I try to relax through music which is close to my heart.

Let the child be allowed to do the things s/he wishes to. Parents cannot enforce their thoughts upon kids. Parents are just a format or a mean to survive. As parents and school, just try to be the facilitator and let the child flourish the way s/he wishes to.  When one excels in MADS, s/he becomes a success story so let your child be the success story for the future.