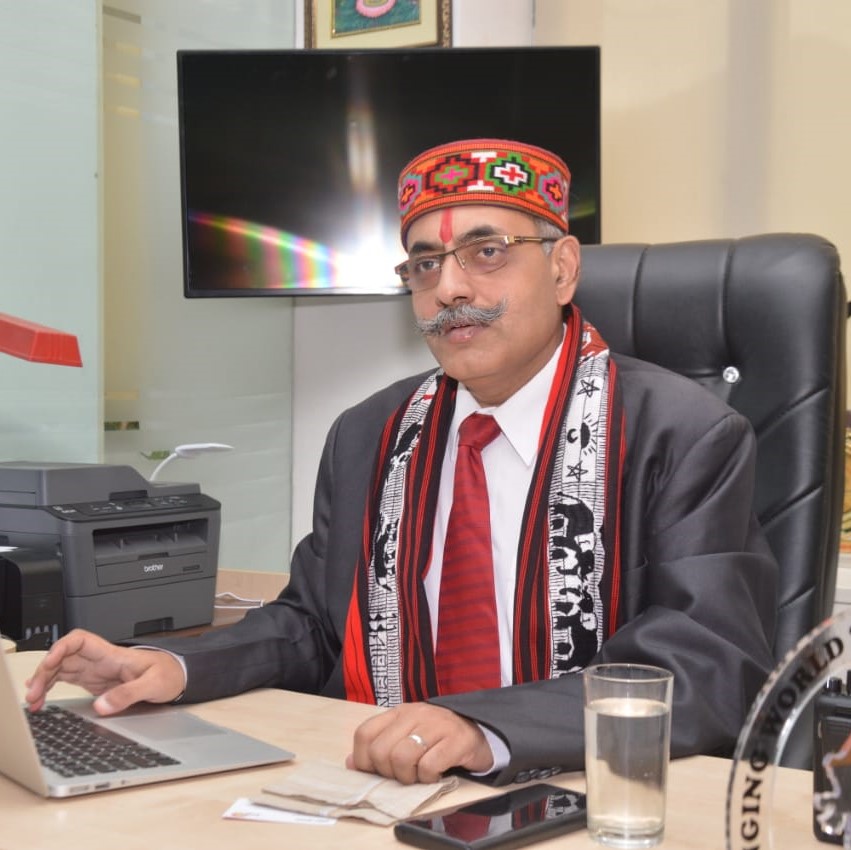 There were 2 ideas behind it. When I was working with DRDO, I felt whatever I was taught during our education was inadequate. I was working on Data Acquisition in one of DRDO’s lab. I felt that we didn’t even know how to go ahead on this and that was after I had a gold medal in my PG. I realised that I need to do something about it as books are not going to support the aspirations of young people as far as the development of the country is concerned so that was the first thing got me into education. Secondly during my PG, due to lack of good teachers, I had taught a couple of subjects to my own classmates. After I moved out of DRDO, education then was a natural career choice for me.

Answer is very relevant to what has been happening around the globe since the beginning of our civilization. When Gurukuls started Ashrams, there were specific timings allotted for co-curricular activities along with the academics. We used to call it Kshastra Vidya and Shastra Vidya. A child would get into lots of physical activities in Kshastra Vidya. It was basically everything from politics to drama to sports, etc. Later on, this is what was preached by Swami Vivekanand. A significant way of creating a good human being or a global citizen is to ensure that MADS is an integral part of the curriculum.

To include co-curricular activities in the basic curriculum of the courses where they score meaningful marks is what I want to implement. Mostly in North India, people are very much worried about academic marks. To ensure that whatever time they’re spending in these activities should switch into marks which goes along with academic marks which get added to their grades at the end of the day. We have tied up with various organisations which brings professionals in Music, Arts and Drama to train in Schools. We have tied up with Deepak Thakur, the captain of World Cup wining Indian Hockey Junior Team also a player of Indian national Hockey Team. I bring children on the field, in the theatre or in the music room and ensure that they also earn their academics credits out of it.

I think most parents have started developing such thought process anyway. There was a time when parents looked down upon MADS but not anymore. I’m sure roughly around 15-16% of parents in metro cities are aware about the career and importance in curricular fields. In rural areas also, somewhat 8-10% people must be aware, but it is steadily growing. Television, Internet and other media is playing a major role in this. There are so many new Theatre Plays, Movies and Music Albums launched every day. Games like cricket, football and tennis are doing a lot for the youngsters. It is all about seeing and believing and somewhere I feel that things are happening without a doubt.

Curricular activities have to be given grades and marks at par with academic subjects, as it happens in the western world. In my university, we can do changes in course structure as we have incorporated this practice. Real talent begins shaping up when a child turns 8 and it goes on till 17 or 18. So by the time s/he enter university, s/he has already made her/his body and soul as far as MADS is concerned. We need to make this major change at school level all over India.

In last two years, at least four students of our institute have become celebrities in Music Videos. One of them is Sonia Sehgal who is doing really good in the entertainment industry. Two of them are Africans who have done really well in Music. One of our students belongs to Malavwi – a South African country, and he has been elected as the member of parliament in Malawi. We have also started International Dramatics Club where regularly lots of shootings of Videos and Films are being done.

I have represented my state in Cricket, I am also a ranked player in Lawn Tennis in 1988. I am also a swimmer, but now I don’t get much time to practise. I have been a sportsperson and hence I keep pushing my students to pursue sports. I play instruments such as guitar and an accordion.

Currently the world is all about cut-throat competition but what matters is to be a good human being and a good global citizen. Human boundaries are not going to help in coming years, we have to go beyond boundaries. Look what we have done to the environment and Nature. This is a high time that every educationalist ensures that values of preserving nature are instilled into kids.